T h e                              EU and Brussels are a gigantic source of laughter and black fun for Europeans.  More specifically, it’s EU politics, bureaucratic attitudes, and the gravy-train that is Brussels.  However, good humor on what inhabitants know as ‘the continent’ does not include jokes about the lack of a unified fiscal policy.

Europe matters to American investors.  The financial system is global, became functionally global long ago, and will only continue in that direction.  The speed will increase.  Markets operate in a daily circle, one influencing the next.  What the ECB, the European Central Bank, does affects market sentiment here.  Back and forth and around it goes and we need to know which way the signs point.

Europe is exceeding America in growth, unemployment is low, and Europeans love the Euro again, including the 500 Euro note.  In 2011-12 the economic block crackled with conflict over the fiscal actions of an individual member.  Why?  They felt this particular member had been acting just like a lazy and indifferent EU Minister, or Member of European Parliament(MEP). 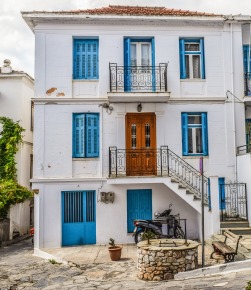 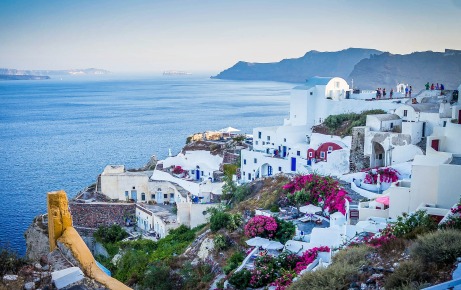 If our sunlight looked like Greece’s, we’d find more time to relax too.

Remember the Greek “bail-out,” the continent-wide debate, Angela Merkel’s austerity drum, and countless charges flying in every direction blaming everyone else for everything?  Do you recall the stress sweat over Italy becoming a tipping financial domino?  All the trouble resulted from Greeks who refuse to work, save, invest, or govern, like Germans.  Hum.

The strongest economy in the zone, Germany, would like to transform the EU’s bail-out system, the ESM(European Stability Mechanism) into some roaming continental enforcer.  O.K.  Is it really so bad to seek protections for your hard-won economy?  But then what would the ESM say to individual member nations?   How could it institute its’ will?

Let’s swing the camera about 180 degrees.  That means Eurozone fun facts.  Here are two: every developed country outside the Eurozone sports both a monetary policy(currency controls), and a fiscal policy(spending guidelines.)  Not the EU.  They have a currency, some monetary policies, and like 37 different fiscal policies.  That’s like a football team with 37 offensive schemes.

Fiscal policy lacks all the funk and jive required to be interesting–or does it?  Think about it.  743.1 million(2015) people inhabit an economic zone that has no over-arching fiscal maps or controls for managing any of its’ individual member countries.

The EU is currently piloting an economic block with no direct control over the spending policies or practices of its’ individual members.  Fiscal policy is good ,and boring, if you have one, not 37, or lose 36. 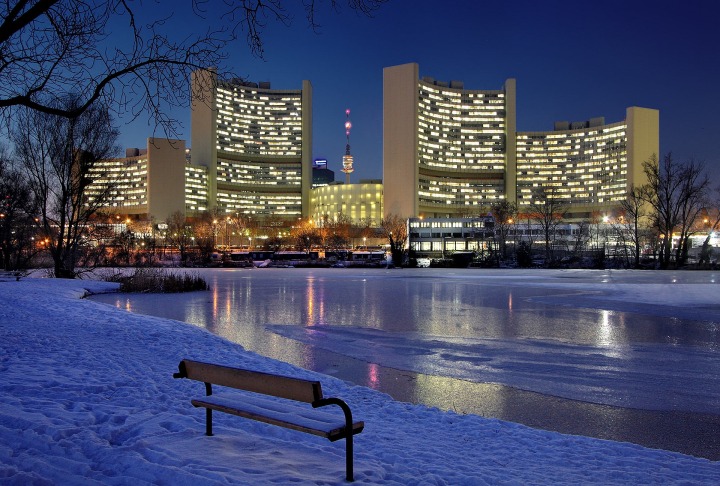 EU presence in Vienna.  Nice.  Many feel the EU is mostly a bureaucratic gravy train where no meaningful work or progress is achieved.  We can see that.  EU ministers live very well.  Bench in foreground provided for Greeks to regroup following their punch-press trip through the half-system we know as Europe.  “Sit and rest yo, It’s free–for the first five minutes.  We’ll need a card on file.”

Not having a fiscal policy is like coaching a football team without controlling the players.  That’s not all.  The EU is an amazing experiment–like democracy.   These experiments require time.  The EU is incomplete as a system.  The EU lacks a common back-stop fund for bailing out troubled lenders.

Following the Wall St. created meltdown of ’09 we got Dodd-Frank Wall Street Reform and Consumer Protection Act.  Dodd-Frank is currently being gutted by the regulation reducing move.  Dodd-Frank was about back-stopping self-crippled lenders, when such are “too big to fail.”  The EU yet has no set fund to address SIFIs(Systematically Important Financial Institutions.)  Are we about to rejoin them?

We freely admit it.  We have a special place for social symbols in public spaces.  What would you do if building a seat of collective national power?  Just look at the architecture if you like clues.  Our leading image displays the EUHQ from within it’s embracing courtyard.  The glass grows wildly moving up.  Is that the picture of equality?

The Janitorial services are not located on the upper floors of the sweeping river-squatting seat of power.  But wait.  The ministers of many realized they may face resistance–like peasants with torches and pitchforks.  Check your picture below.  Where do you build when anticipating serious heart-felt push back?  On an island.  Protesters do not walk on water and become difficult to hear when kept at a safe distance.

Savor all the media and power-trippin’ madness;

When times are good, like now, reform and restructuring are much easier to accomplish.  Sound fiscal policy is part of any fully developed currency.  Europe faces a struggle to devise any such policies.  They could begin now, as the European Commission has suggested.  Our fed is raising rates now.  Perhaps we can also do a solid by creating a fed funds rate that can be cut again, when our economy needs it.  Just now there’s little room to move down.

Thanks for reading.  Keep looking. 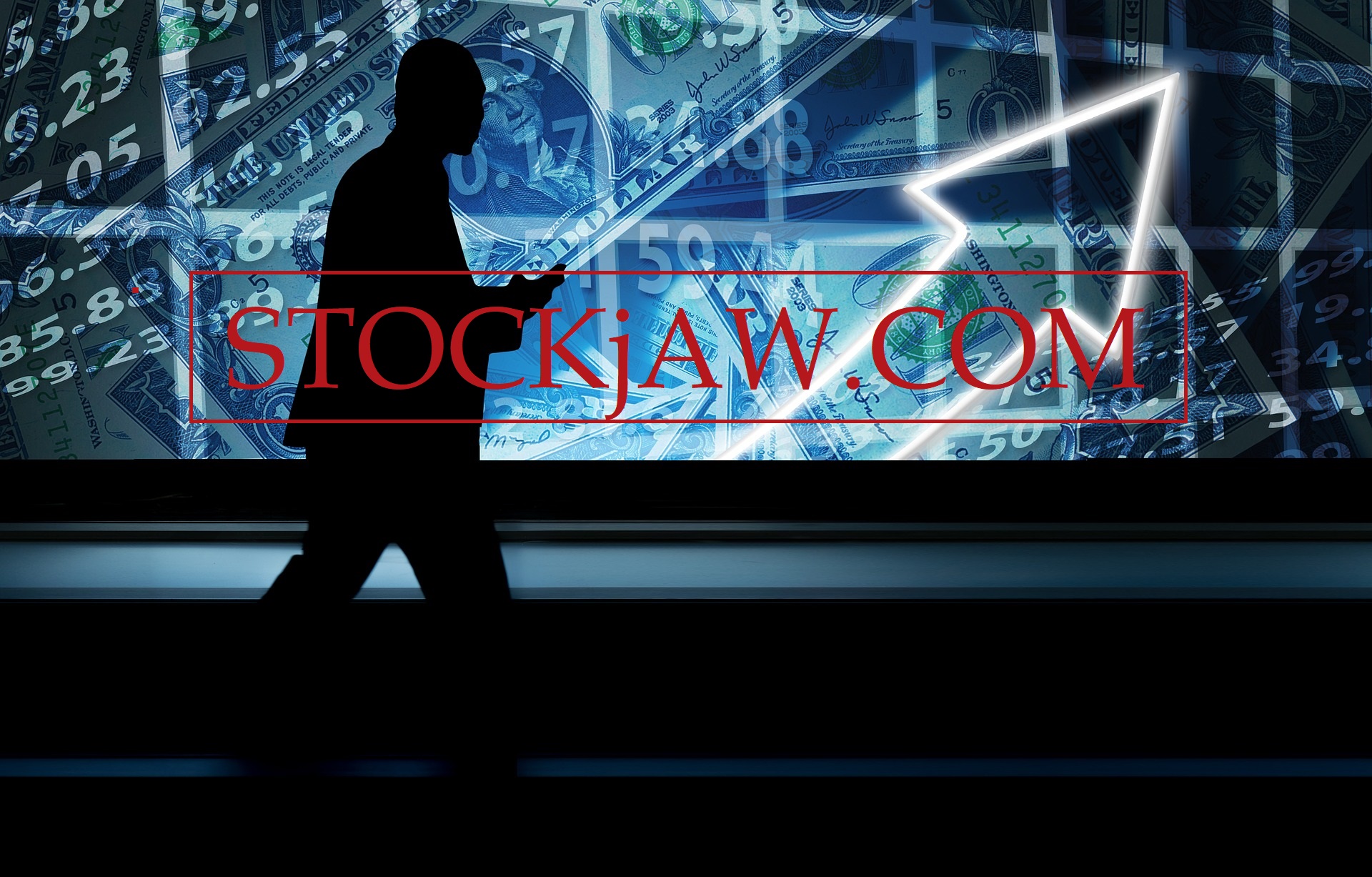 Pixabay.com is simply amazing–a sprawling compendium of joy.  Thank you Pixabay.  If you also know love and use Pixabays’ lavish resource, please take time to donate to them at Pixabay.com.  We do, truly.