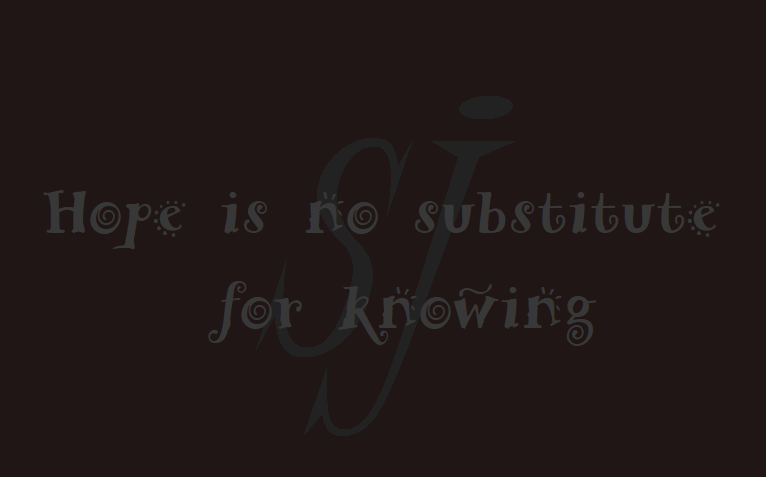 what’s a little tech theft among friends?  Only the greedy could object–or the soon to be ripped off.  Relax.  Nothing to get excited about.  Can’t we all just get along?  Well Rodney, yes–if you enjoy pouring your sweat, money, and time directly into the pocket of the Chinese industrial machine.  But again, relax.  Once it’s all “global” the synergies will really pop.  Even better, you’ll see your hard-won tech again, when they use it against you.  What does forced technology transfer tell us about China?  Is China’s political system capable of free-trade?

How about this?  Trade’s not about trade.  It’s about influence.  A loan’s not asset funding.  It’s an influence play.  Influence isn’t about influencing.  It’s about hegemony.  Think “belt and road.”  No?  Ask Sri Lanka.  Better yet, ask the Japanese.  They’re in the front row, and it’s the Japanese who have called out Chinese “economic” action as hegemony-building.

“…a growing sense of an unfriendly rivalry.”-The Economist, Dec. 1-7.  The Economist is not naive, thus that’s called spin.  International trade is not  a nonprofit.  When was the battle for supremacy ever “friendly?”

Ask anyone who’s ever created or tracked the money flow out of the International Monetary Fund or the World Bank.  “How does that work” you ask?  Think sub-prime mortgages.  Mortgage lenders lend on the value of the property, not your ability to repay.  No pay’s O.K.  Money buy’s influence, and influence properly placed creates control and control creates wealth.

“Confessions of a economic hit man,” 2004,  John Perkins, may be salacious, yet the leveraging power of unpayable debt is undeniable.  Again, ask the Sri Lankans about their port now controlled by the Chinese for this precise reason.  Ports are military as well as economic assets.

Aren’t we all just one big cheery global family?  Power is just a thing of the past.  Everyone knows that.  The IMF, the World Bank, and the Chinese, all just want to help.  Suddenly the entire world is cloaked in Mister Roger’s cardigan and personal property and national concerns are passe.  Individual prosperity is an anachronism like the cathode-ray tube.  Now we have ultra-HD flat panels complete with data-sucking spyware.  Just plug it in and go–it’s just television for gods’ sake.

International trade posses all the integrity and honesty of internet dating.  Xi Jinping’s honest hope is for “open, rules-based, regional economics.”  Even his eyes smile.  This is a buy who has to create 2.5 million jobs a month just to keep the lid on–his own words.  Ask him.  That’s called pressure.

No one’s heard of Woodrow Wilson and the League of Nations.  Yet, it marked the beginning of globalism.  WW would retch were he to gather the notion of globalism now.  The league was the rickety fore-runner of the current and starkly goofy United Nations.  Whatever.

who walks into a war zone wearing a blue helmet should be relieved of duty on psychological grounds.  Who call stamp a stint with the U.N. when said “peace keepers” end their tours of duty strapped to radar dishes as deterrents?  Deploying rocket-bate was never in the original plan of international communication.

Every dominant power in the history of the planet has been a target.  Nations struggling to economically compete will always claim “better ways,” and “greater fairness,” just as they always have.  And they will do so from within  organizations claiming the “greater good.”  What else could they do?

The slapstick history of U.N., along with it’s out-sized U.S. financial support, is not a model for globalism.  The treatment of the United States by the organization it began is a history of gang-tackling anti-super power resentment.  But then, success and prosperity are always resented by those not doing so themselves.  Identity politics and international relations are not the same. 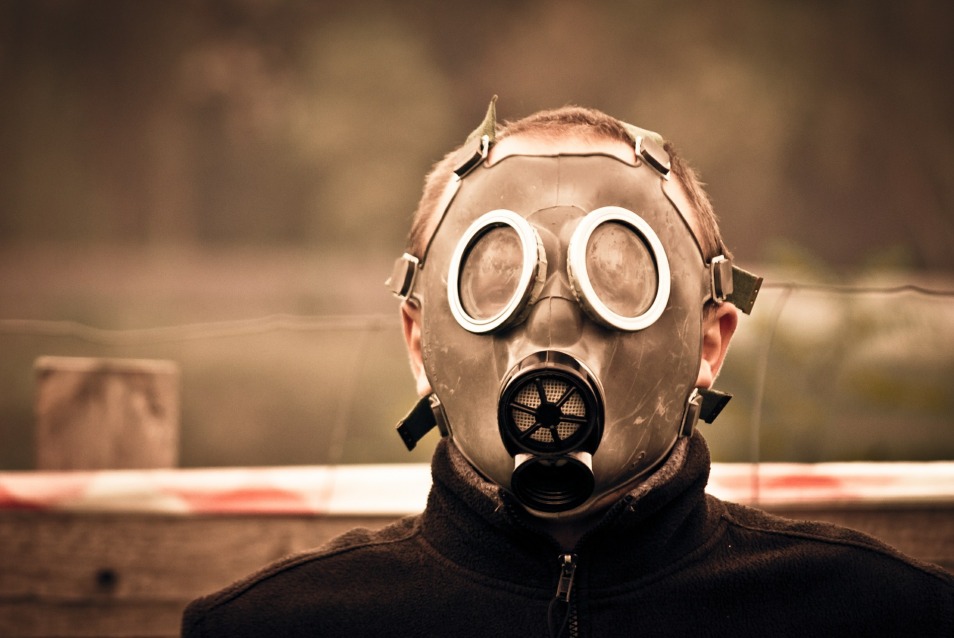 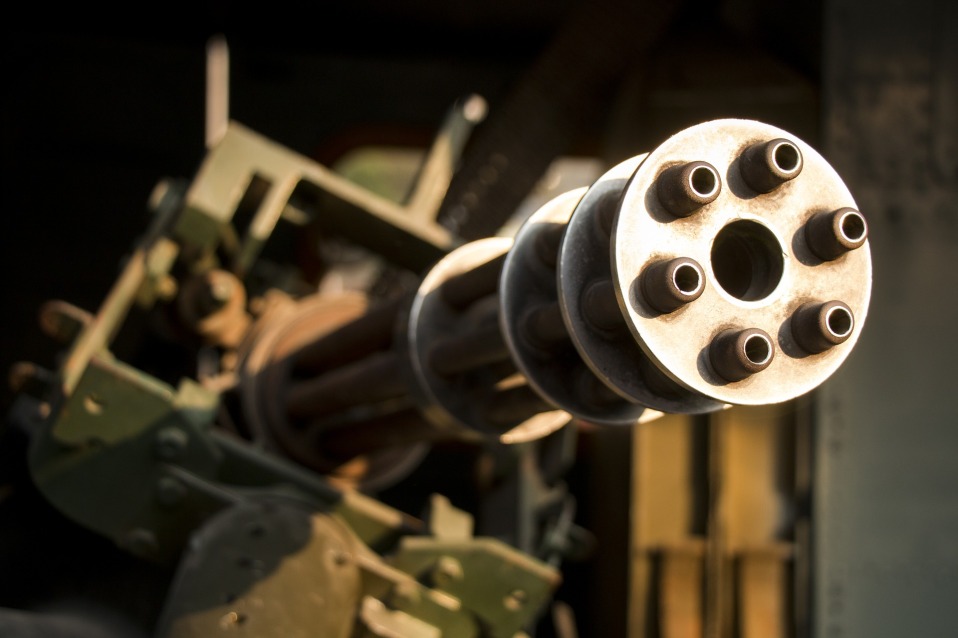 Technology continues to determine global dominance. Visions of global harmony remain just that–visions. Reality rules. Vicious struggle appears to be inherent to homo sapiens(Latin: wise man.) Our species does not demonstrate wisdom on a consistent basis. Look at the picture.

PUSHING FOR PROGRESS, or

FULFILLMENT OF A HEGEMONIC DESTINY?

Is Singapore the only near-autocratic nation-state in history that actually works?

It’s no success when any nation requires laws or walls to keep people from fleeing.  And what do people flee to?  Opportunity–economic opportunity.  Right–we know.  Rhetoric is readily apparent.  Yet, like television, sometimes very different things appear much the same.

Doesn’t revisionist history’s screeching condemnation of western colonial history rest mainly on the immoral imposition of power from the outside?  Could globalism’s notion of supranational authority be read in nearly the same way?

Of Course–yes. The down poison of much of U.S. history stands clear.  Native Americans have been relentlessly savaged by the very people naming them as such.  The point-blank vast theft of Mexican land, the interment of citizens of Japanese extraction, and the nearly genocidal results of invading Iraq, are but a beginning of that long tale.  Yet, we have no walls.

Over-arching authority stretched too far ceases to be functionally representative.   Ask the British, the Greeks, the Italians, the Swedes.  Ask French workers.  You’ll find them most of the time in the streets passionately protesting half-baked EU policy that only serves supra power rather then French people who pay their salaries. 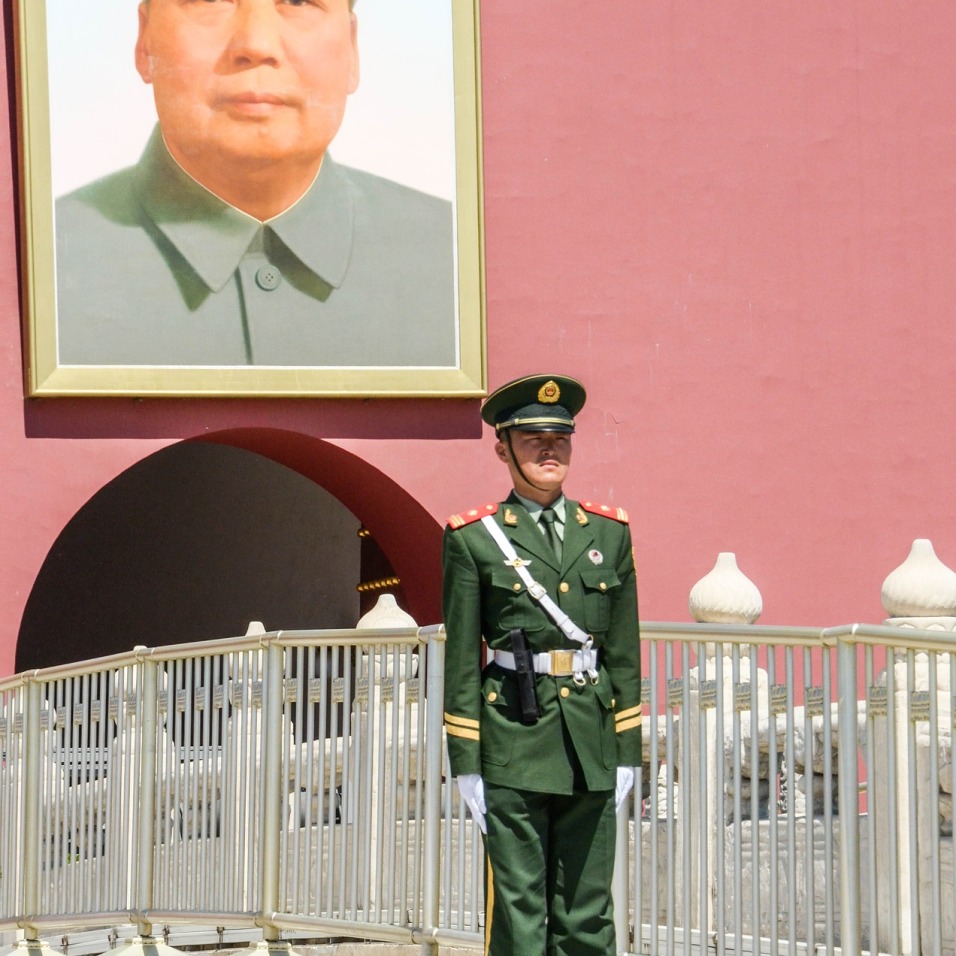 Mao’s “Cultural Revolution” succeeded only in mass starvation, and the enormous squandering of life and potential.

National pride is human. Yet how does that fit into the globalist’s dream? 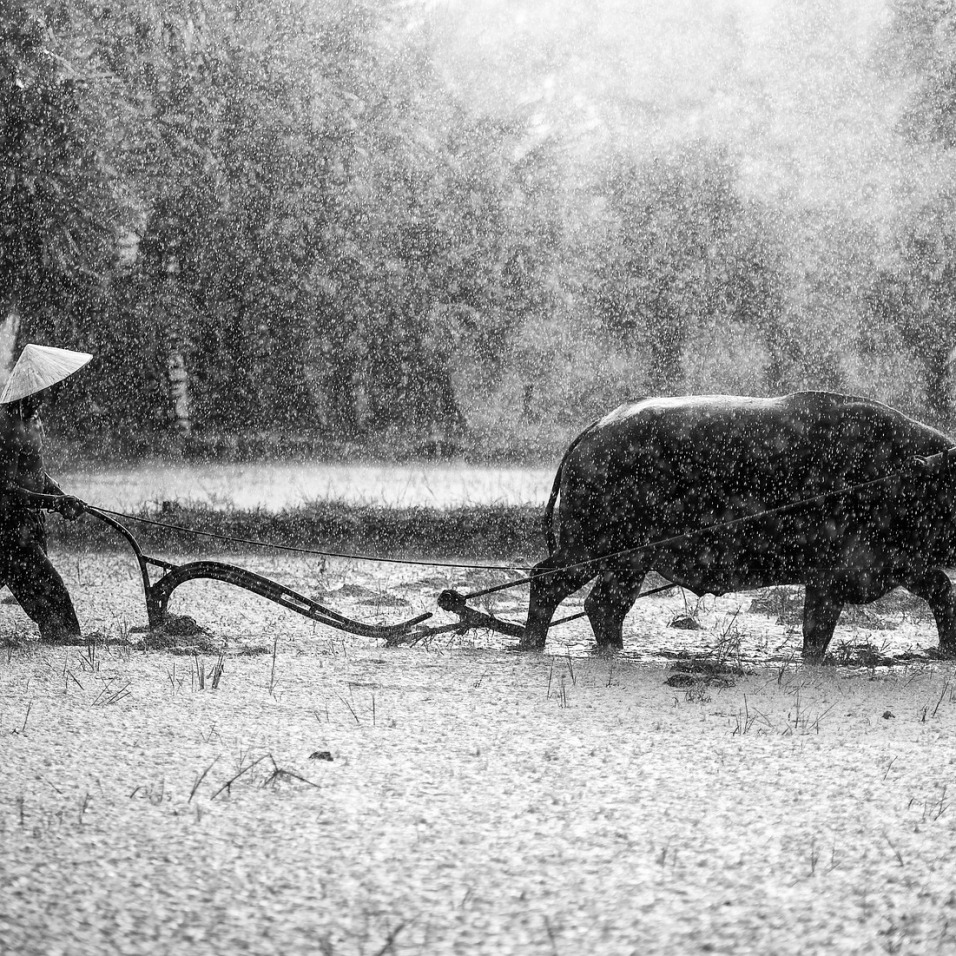 Authoritarianism recognizes no difference between beings. Each are exploited. Rice farming.

geopolitical thinking once held that China harbored no expansionist aspirations.  The Korean War changed that.  Had political and military analysts misunderstood?  When Chinese troops firing phosphorous rounds entered the fray at the Chosin Reservoir, the west was forced to think once more.

The dominant belief that China was only inward looking was trashed.  The map of possibilities was redrawn in fear.  Never did the west consider a time when American business would allow itself to be systematically leveraged into “sharing” even the most sensitive technologies.  “Pure madness” would have been the resounding response, as it should be today.

Really?  A now militarized South China Sea clears up any notion of a territoriality static China.  Ask the Tibetans.  Ask the Buddhists about dealing the Chinese power structure–the live ones.

can excuse the ultra-bloody twentieth-century history of China’s treatment of the very people it claims to be serving.  No amount of benevolent treatment now can change that history, one Chinese leadership continues to defend now.  Smiles and gestures are window dressing, particularly when viewed against the growing mass surveillance system and “social credit score” system.

The significance of internet censoring tells those listening much of what they need to know concerning the future of what will soon be the largest economy on the planet.  What price will the United States be willing to pay to play in that kingdom?  Full-bore state sponsorship and stewardship of industry is not free trade.

Japan and the EU both engage in subsidizing their industries.  In fact, the spectacular economic explosion of Japan in the ’80’s was a clear result of unified public/private action.  A significant part of that phenomenal Japanese economic boom rested on reverse-engineering of American designs.  Who could blame them?  But how well is any of that working for them now?

Industrial and technological advancement does not fall complete from the sky in a baggie.

Limits exist.  Many are built-in.  What can, or will the WTO do about Chinese industrial espionage?  Nothing thus far.  Is there any will there to actually take definitive action?  And the limits of expansive/international authority remain.  How representative could any such overarching body truely be?  Think NCAA.  Even on the national level many, if not most, governing bodies suffer intrinsic bias.

As the damage piles up, more bemoan what they see as a monolithically negative trade war.  None can blame those paying the price already.  Trade wars are not academic.  Nor is systemic technology thief.  Some will say that resistance to China’s myriad trade crimes will only increase China’s determination.  How can anything increase that which is already maximized?

Technological and industrial progress represent staggering effort..  No other reason would account for the lengths China goes to attain each.  “The long screw of history continues to turn”  HST.  Uncompromising globalism ranks as a threat to the very entity responsible for fostering innovation.  The nation state that fails to maintain national integrity and decision-making will inevitably erode and fail.  That’s not “nationalism.”  That’s intelligence.  Ask Great Britain.

The lack of affluence many nations suffer is not the responsibility of the United States.  Other nations did not create our success.  Despite the rhetoric, sides do exist and economics is competition.  The world is not on our side.  Affluence and supposed “superpower” status come with a built-in resentful backlash.  Such resentment is universal and comes in myriad forms.  Resentful opposition  rather than fairness is often what America receives back from the UN.

Any successful endeavor invariably results in haters.  In trade terms any self-interest is blithely labeled “nationalism.”  What else can they do?  Criticism is all many have to bring to the table.  Think Great Britain, a former superpower now facing expulsion from the globe’s largest trading block, and a contracting GDP.  And they have only themselves to blame.  Think huge resentment, and The Economist–self-described “advocacy journalists” and “Globalists.”

The World Trade Organization is not on our side.  American enterprise has agreed to be relentlessly corn-holed by the Chinese in trade terms, without a peep by the WTO.  How does more of the same represent free trade?  When surveilled, hacked, and robbed, by the Chinese, tariffs, sanctions, and repayment in kind remain our only effective responses. The WTO possesses no intent to help the U.S., nor any effective leverage over China.

Organizations seeking self-protection often attempt to impose  forms of arbitration.  Anyone who has ever seen arbitration in action does not want anymore.  Arbitration is a shield, not a system of justice, and no replacement for self-rule.

Trade is global already.  Thus “globalism” is not about trade.  Globalism is about the exporting of national decision making, the right to engage, or not, on our terms.

The closest thing to globalism operating now is the EU.  Are they satisfied?  No.  Why?  The loss of national self-determination.  There will never be a shortage of voices or schemes attempting to limit American action.  America can count on the intensification of exactly such attempts.  Such will always claim greater “justice,” “fairness,” or superior “economic benefit.”  We see none of this.  Self-determination is the American way.  So, what supposed benefit of “globalism” could possibly  justify the loss of our freedom to choose?  Fact.  Nations failing to prosper will always claim injustice, just as they always have.

A most joyous holiday.    We thank everyone who has joined us this year.  Join STOCKjAW in the new year, as we sneak the corners of the market looking for the good stuff.

Like Loading...
Tags: featured tag Is China's political system capable of free-trade? What does forced technology transfer tell us about China?